"Kate McCann has been hailed one of the 20 most inspirational women in Britain for refusing to give up on the search for missing daughter Madeleine."

Is this some kind of a joke?  Has the world gone even crazier?  In the words of my young daughter... who on earth would find this woman an inspiration?

Well Sweety, I can think of only ONE person... 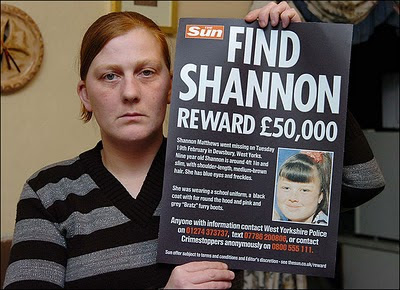 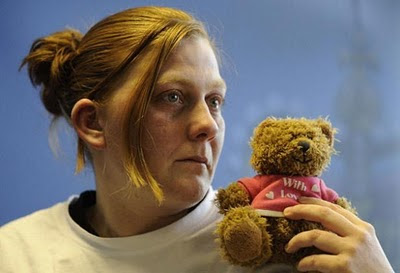 This blog is short and sweet... it doesn't warrant the words Kate McCann and inspiration on the same page.
Posted by Me, Myself, Moi... at 12:02 3 comments:

An internet 'troll' who set up a sickening 'joke' Facebook page about missing Madeleine McCann has written a letter to her parents begging for their forgiveness.

Jack Tims - a 17 year old student from Herne Bay in Kent - claims he started the vile page on Facebook as a prank which then got out of hand.

Tims' "If I Get 1 million Likes I'll Let Maddie Go" Facebook profie was revealed by The Sun as part of their Target a Troll campaign against bullies on the internet.

The teenager says he had no intention to hurt Kate and Gerry McCann - who's daughter disappeared from their holiday flat in Portugal in 2007 - and did not expect the page to cause so much revulsion.

He told The Sun that he had created it after 'chatting to a friend about jokes comedians come out with' but admitted that being named and shamed in the paper made him realise 'how much I distressed people.'  He then claimed to have 'received threats' and that his actions could 'cost me friends'.

In an open letter to the McCanns, Tim says he is 'truly sorry' and that he now realises 'how stupid and naive I was, and wish I could turn back the clock.'

Kids... who'd have 'em eh?  Well, a lot of us do.  In no way do I condone the behaviour of this young person or his Facebook page, but I do wonder about the journalistic ethics of naming and shaming a minor in a national newspaper.  Especially for something that appears to have been a distasteful teenage prank amongst friends which got out of control. Are his parents behind the open letter to the McCanns or has this teenager learned his lesson the very hardest of ways?
Trolling has been openly apparent on the forums since May 2007, with a faction of McCann supporters being the worst offenders by far, across the board.  I remember this Facebook page being discussed many moons ago.  I'm sure it has been in existence just as long (if not longer) than the Official Madeleine Facebook group.  Many, many people complained about the Million Likes group, the McCanns shared a platform with it - why was it not removed before now?  Call me a cynic, but in the wider agenda of things - the prosecution of online troll Sean Duffy, the campaign by the Sun, the removal of the group and an open letter to the McCanns.  What a story, what a flow... you couldn't make it up.
There are plenty of Madeleine groups on Facebook, many of them favourable with the hope that one day she will be found, many offensive including the laughable 'Tribute to Kate McCann'.  With the McCanns' influence I'm sure these undesirable, murky groups could be removed immediately. They're not, but left to like by the itchy fingered numpties.
Have the McCanns accepted the apology?  I've not seen any response so far, other than the usual hot air blowing from the direction of Mr Mitchell.
Jack Tims received threats... from whom?  He was named and shamed in a national newspaper, what about the thousands of other morons who LIKED the page?  And what about the trolls who threatened him?
If I was Flynn and O'Shea (amongst others) I would be asking just who was behind the 'utterly immoral' bullying... now that's a story that would sell.
Posted by Me, Myself, Moi... at 15:15 2 comments: