The new farce of Maddie...

Days ago it was Lehja vu, today it's Mayja vu.

Despite what would be Madeleine's ninth birthday in two weeks, today's papers show what she might look like at the age of (eighty) eight.  The latest image was created by a crack computer team that (apparently) helps police forces across the States find missing people.

Crack team?  Or just on crack?

Using forensic age-progression techniques also employed by the FBI, they believe Maddie would by now have lost the wide-eyed, chubby-cheeked appearance when she vanished without a trace.

And be the image of Theresa May.

Police are expected to release their own age-progressed image this week as they renew attempts to solve the case.

Well that's another one to look forward to.

This case turned into a farce long ago, today they've gone a step too far. 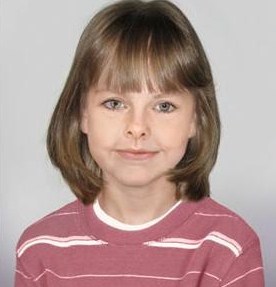 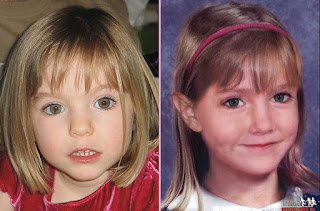